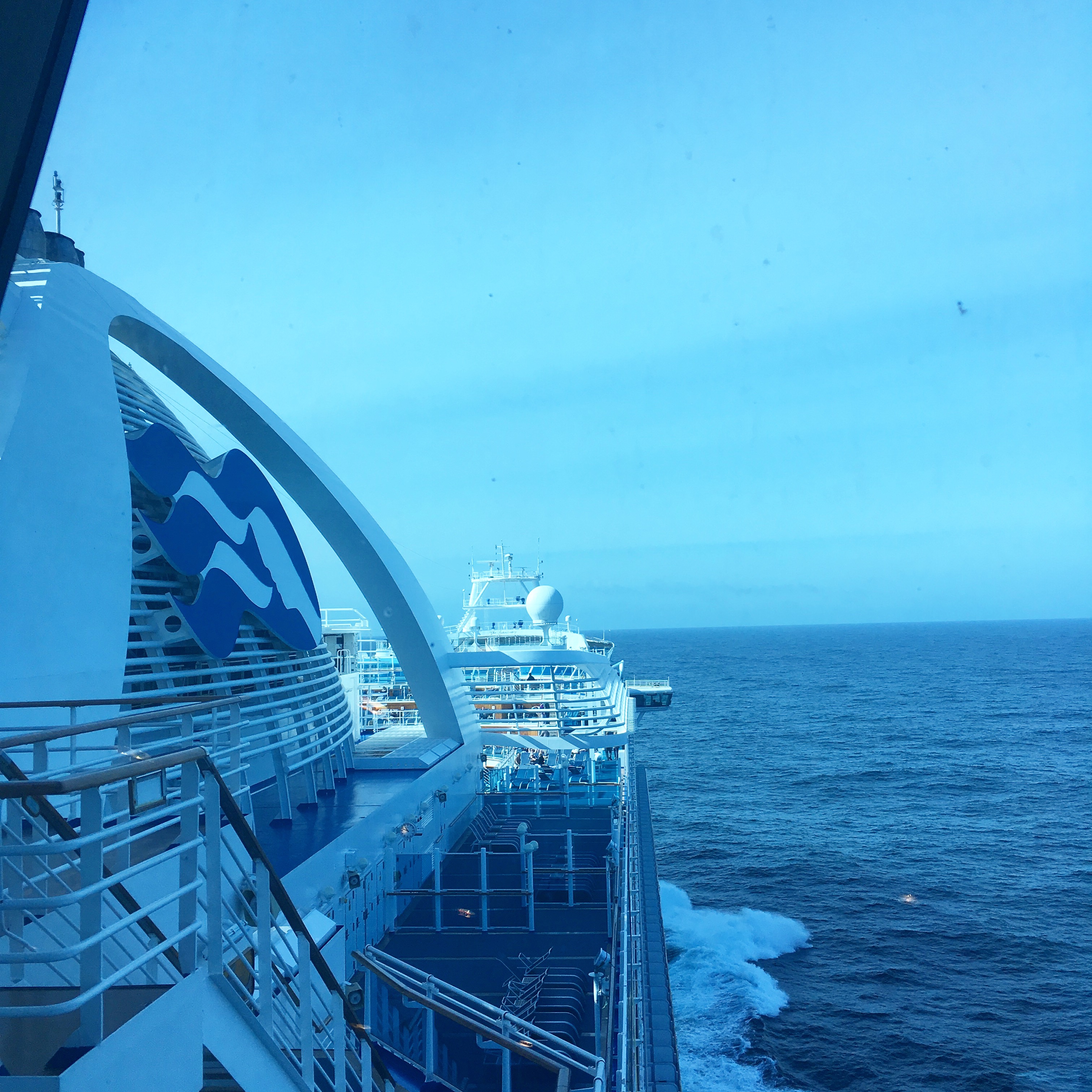 This triumphant overhaul of the crew talent show played to a jam packed house, it enthralled the theatre which was so full it saw passengers standing in the aisles. And despite it being the first live showing of the event it went off without a hitch. Well…There was some unexpected nudity but that’s a point for later.

Our Cruise Director (If you have sailed Princess before then for reference it was Paul Chandler-Burns) appeared onstage to host the event in a rather loud Union Jack suit. Much to the amusement of the audience, his outfit choices were only going to get worse as the night progressed. But, once again, that is a point for later! Firstly, he introduced Leanne Mitchell, the winner of the first ever series of the voice.

If you want to hear my opinion on her performance than you can read it here in my Crown Princess Review. But to cut a long story short she absolutely took my breath away!

In true international style she was followed by an Indian member of the crew who normally works in the galley. He did semi-traditional Bollywood dancing and was quite frankly amazing. That is what shows like this are all about, celebrating the crews secret talents.

Next up was a member of the crew who was more familiar with performing. The resident musician of Crooners Liam Stewart who played a rousing British set. Featuring an abundance of Beatles songs that the audience could sing along too.

After Liam, there was another member of the crew who normally spent his life below decks. He was in charge of crew welfare, which I must admit seems like a pretty cool job. He serenaded the audience with a song and was big on getting the audience involved. His singing was not the best ever. But he definitely had the time of his life! So I can’t fault his passion.

It was the finale though that absolutely made my life. It was an act by the entertainment team or as frequent cruisers will know them ‘The Cruise Staff’ – Now my first ever cruise line was Norwegian and their entertainment team do an act called Fountains. If you have never seen it then check it out here! Seriously, it is actually hilarious. I never thought I would see anything that gave that a run for its money but this certainly did and I really really hope someone has filmed it and put it on the internet somewhere.

It was titled: If I were not upon the sea, something else I’d rather be. It was basically a parody of what the crew would be doing if they were not Cruise Staff. I have an awful feeling it was a had to be there moment. But I shall attempt to explain in the hope of giving you a good giggle because I laughed so hard that I cried and I feel that is something that should be shared.

Between them they wanted to be: A soldier, a black jack dealer, David Beckham, a Bupa nurse, Angela Murkel and a Ballerina. I’d say I don’t know how they kept a straight face but they didn’t! They valiantly managed not to laugh at the start. But then the Bupa nurse was meant to tug David Beckham’s shorts and she pulled a little too hard…So we saw EVERYTHING! I don’t think he will ever live that down. Best part was that particular member of the cruise staff was destined to be cruise director on the next voyage. Good luck getting people to take you seriously now!

After that the laughter ran rampant amongst them. We all know that when you can’t laugh you want to more than ever. Plus, laughter is infectious and the audience was in an absolute hysterics. The soldier gave up on life, laid on the floor and laughed until his bearskin hat slid over his eyes. Angela Murkel cut the arts with a giant pair of scissors and then our Cruise Director makes his grand entrance…Yes, you guessed it folks he was the arts, he was a Ballerina. It’s beauty and it’s grace, it’s Paul Chandler-Burns in a tutu with balloon boobs wearing a blonde curly wig. What a finale! You have to give it to him for being a good sport. Although he would like everyone to know that it comes with the disclaimer that in no way does he actually want to be a ballerina.

This is definitely a format that Princess Cruises should roll out across every ship in the fleet! Everyone in that theatre would certainly agree with me. Many happy tears were shed, I think we all gained a six pack from laughing and if laughter adds years to your life then we all gained at least twenty years. The Princess Cruises tag line is ‘Come Back New’ and we certainly all came out of that theatre smiling wider than we ever had before. A deep rooted happiness that warmed our souls and certainly allowed us to ‘Come Back New’.