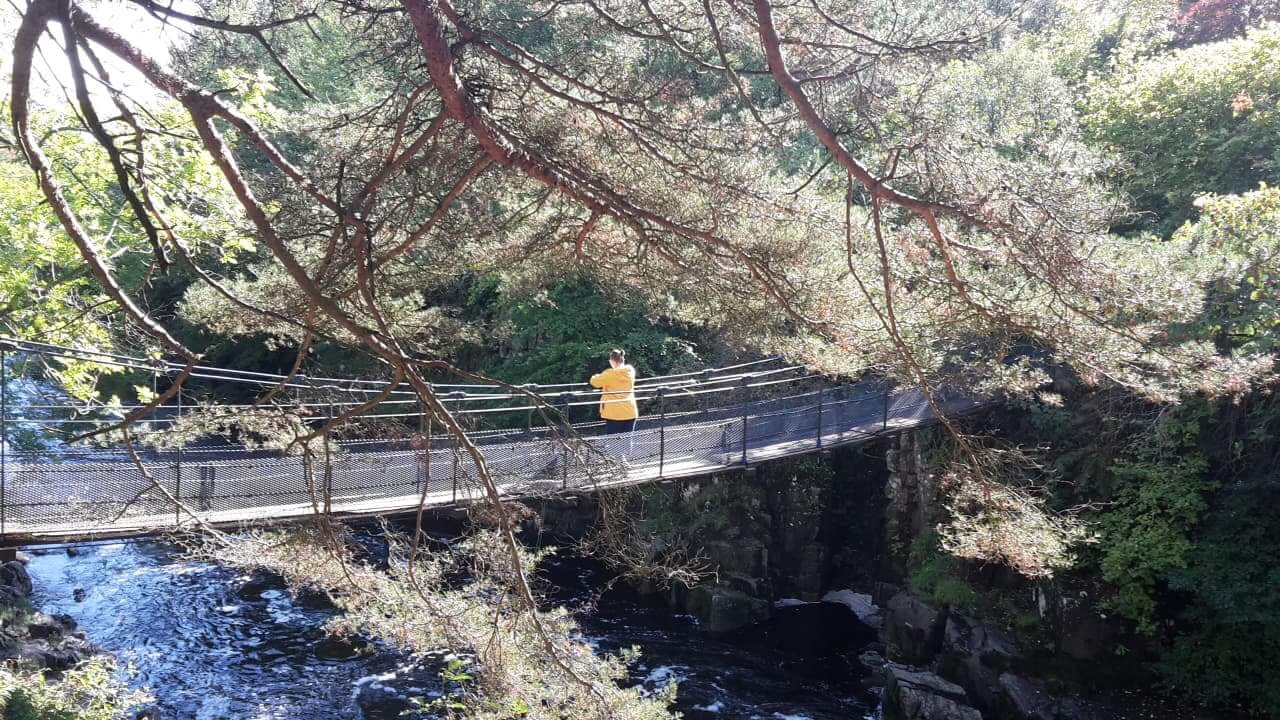 Normally, I would run a million miles from a British holiday. I prefer the glamour of foreign cities and the sparkling, sun kissed shores of tropical destinations. But recently I went on a mini break in the wilds of the northern countryside and despite Storm Ali, I found it oddly enjoyable.

I booked a cottage via Hoseasons for myself and two friends – It was called Bakers Cottage and it was situated in Middleton-in-Teesdale. If you are a single sex party like we were Hoseasons predominately prevents you from booking online encase you are a stag/hen party. In regards to single sex parties, every cottage owner will have their own rules. Now my friends and I were more interested in drinking tea than having a rave; so if you’re anything like us and looking for a getaway in the area Bakers Cottage is great! The owner was a gem! Not only did she not mind that we were a single sex party. We also only booked 24 hours before our arrival but were still greeted by the gifts of Lindtt chocolate and a bottle of fizz.

We road-tripped to the cottage singing at the top of our lungs (because that is naturally the only correct thing to do on a road trip with your friends) and miraculously we did not get lost. Before, we went to find our home for the next few days we stopped in a cute cafe for lunch. They made seriously god pie! If you are ever in the area its called the Tees’Pot.

Our cottage proved to be just as cute in real life as it was in pictures. The perfect place to squirrel ourselves away for a catch up. I’ve had the same best friends since I was 11 and we now live in three different cities; considering we used to see each other six/seven days a week, we miss each other enormously. So when we get the chance to be in the same place we have lots to say. The kitchen was the home of many a cosy catch up and the living room the host of many a game night.

Bakers Cottage is a quaint country hideaway that is suitable for small friendship groups, small families or couples. It consists of: A living room, a kitchen diner, a single bedroom, a bathroom and a double bedroom. It is also pet friendly! Which we were super surprised by because there is a lot of cream colored furnishings in there and pets seemed so risky. The owner leaves you all the essentials you need to get settled in! Including: Tea, coffee, sugar, milk and the gifts I mentioned earlier. The living room is also equipped with: dvd’s, cd’s, books and a game of Pictionary! All of which are needed in the miserable northern weather so much wind and rain.

Normally, I think people go to this area to go on long walks in the countryside. Thankfully my friends have known me long enough to know that they would absolutely NOT get me to do this. Our neighbor did give us some directions to a waterfall though; which we adventured to. Where everyone in the general vicinity got great joy out of watching me trying not to get my suede trainers covered in mud (I succeeded they are still pretty clean) Plus, the views weren’t half bad, I mean I could have done with the water being more blue but it is northern England. Plus, my friends turned out to be pretty amazing Instagram/blog photographers which is exactly what every blogger needs.

The next day we explored the nearest town of Barnard Castle. We wandered in and out of quirky shops and ate lunch out together. Storm Ali was attacking with full force though so eventually we braved the drive back across the moors, avoiding downed tree’s like a twisted game of Mario Kart. Dinner that night came from the local chippy which you should try if you’re nearby. It was so good!

This was a different experience for me. In my more recent years I have grown used to the silver service of cruise ship travel. But a self-catering cottage proved to be oddly comforting. I guess, it felt a lot like living with my life long friends. And while I’m glad to be home I also already miss chats around a scrubbed farmhouse table, board games late into the night and moody skies as we drove over windswept moors, singing our hearts out.