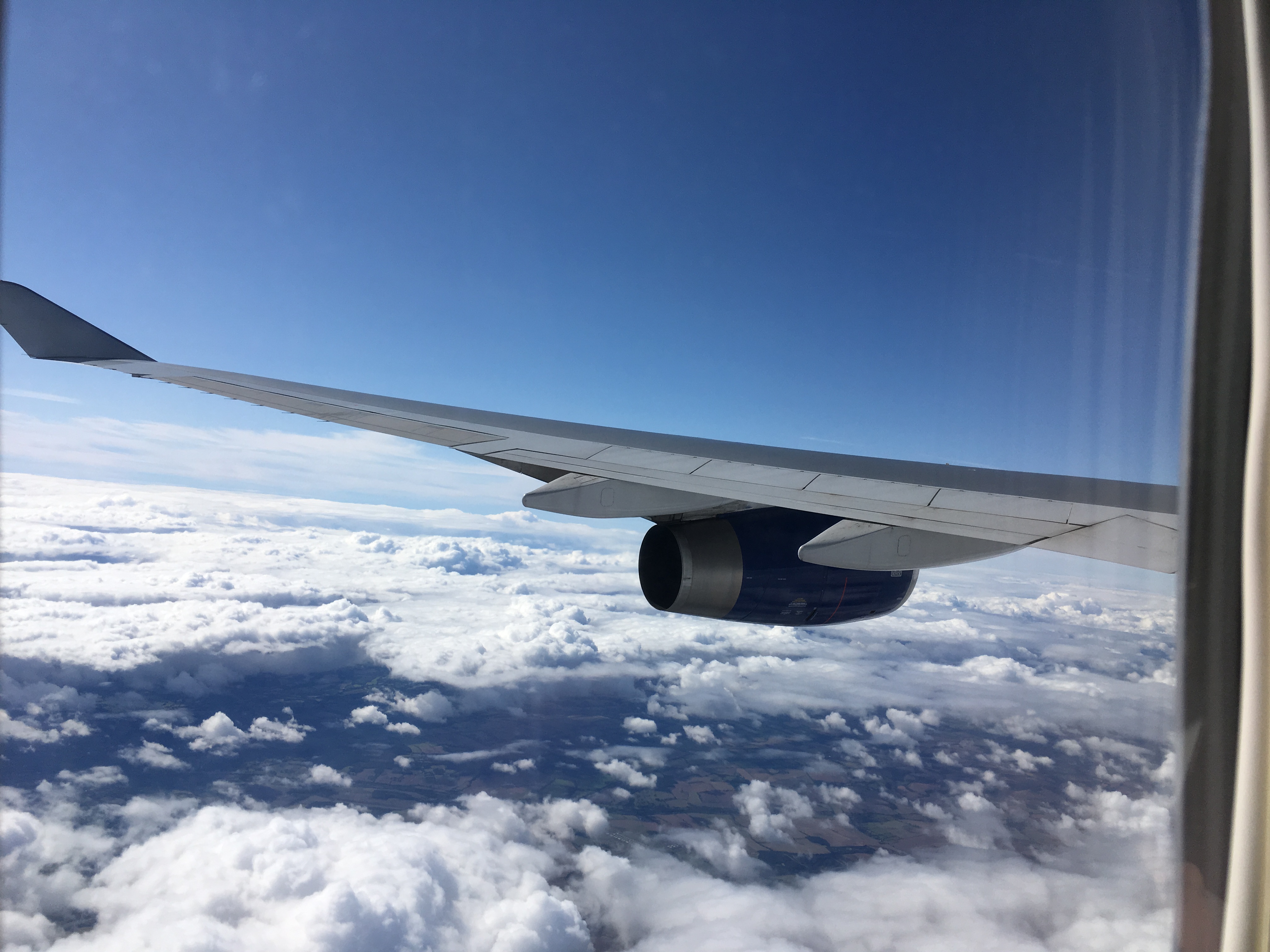 In September, I set foot on a British Airways plane for the first time in seven years; it is safe to say that I was less than thrilled by the experience. British Airways are my countries flag carrier, they should be the supreme example of what an airline should be…But oh how the mighty have fallen!

This journey saw me fly NCL – LHR and LHR – JFK. Now I had absolutely no qualms with the plane that I flew the shorter leg in. The NCL – LHR flight was conducted in a plane that looked brand new! It was sleek and it was shiny and being the small minded human that I am I was most amused by the retractable wing flaps. But the plane flying the long leg was the complete opposite…Old is not even the word.

Seat: Now this aircraft was so old that the seats had taken on that permanently grubby vibe. So whether they were clean was entirely up to your imagination; now I am a clean freak and my imagination left me feeling less than fresh. Quite frankly, I felt like this particular model of aircraft would give me some sort of disease. The only positive in relation to this seat layout was that it was pretty generous in terms of seat space. I flew transatlantic on Virgin Atlantic last year and their seats were narrower. However it was cleaner so it depends what you prefer…I for one definitely prefer to feel clean!

Food: There is only one word for this experience GRIM! I flew Virgin Atlantic last year and they provided the guests with in-flight menu’s detailing their options. British Airways on the other hand just offer you two options of main meal and depending on what end of the cabin you are sitting at you may not get your first choice (as food service is operated on a first come first served basis)

The options on the way out were: Chicken tikka marsala or spinach pasta…Later in the flight this was followed by a desert of a magnum (the best bit) and proceeded by the weirdest meal ever of a southern fried chicken wrap and a kids Dairy Milk bar. I mean I was grateful of the last bit of British chocolate I would see before all the disgusting American stuff surrounded me. But British Airways those things by no means go together! The options on the way home were chicken casserole or more spinach pasta (Yes, I went hungry until we get home because vile) Followed by a glorious breakfast of a sandwich filled with tomato cream cheese. I apologize, if this section is making you gag I have no idea what they were thinking either.

Entertainment: I am off the opinion that entertainment is pretty much the same on all long haul flights. These days all long haul flights are fitted with seat back entertainment systems; on which you can watch a variety of new release movies, classic movies and TV shows. As well, as being able to listen to music and play a selection of games. On this particular set of flights I binge watched the TV series Chernobyl, I am pretty sure I am the last person to watch this series as it was beyond popular when it came out. However if you haven’t seen it I would highly recommend it.

Crew: Now please take what I am about to say with a grain of salt, I don’t want any calls of ageist when I say the next sentence. But British Airways appear to have acquired their crew from a nursing home…Not that there is anything wrong with that however the lack of age variety was just bizarre. Also, I hate to say it (as I have worked guest service and it is a hard old slog) but my crew as a collective were pretty miserable. There was the odd friendly soul but generally speaking as guest service goes it was pretty poor. This was in stark contrast to Virgin Atlantic’s friendly crew last year who couldn’t do enough for the passengers they were transporting to far flung shores.

Other Issues: Lost luggage! Now if you follow me on any of my social media accounts you will know about the disaster at the beginning of our holiday. When we landed it took an age to clear customs which was absolutely not British Airways fault. American customs are always a train-wreck and JFK is a terribly organised as it is. But after an age in customs we emerged to see the same three bags circling the carousel; we inquired as to where our flights bags were and got told that the three going round and round were all that was remaining. Needless, to say they were not ours. After, asking some questions it transpired that our bags had not made our connecting flight…At this point British Airways told us if you wait around you will be reunited with your bags faster – After two hours sat in JFK we still had no luggage; we made the decision to leave the airport and British Airways promised to have our luggage brought to us express as a high priority. So we set out into the big apple with not a single piece of luggage between us. Turns out express is not so express as we weren’t reunited with our luggage till the next day. This is not the first time British Airways has lost our luggage but this time they were useless…They didn’t give us any sort of compensation, they didn’t pick up the phone when it was late at night and we were trying to locate our luggage. Their guest service it seems is in serious need of an update!

The temperature of the cabin: It was boiling on the way there and freezing on the way home…A comfortable climate is an essential element of an enjoyable flight. Now British Airways there is nothing comfortable about A) wanting to do the Full Monty or B) wishing that you had a full on winter parka and a duvet.

Timing: Out of the four flights I took on this trip…Three of them were delayed. Come on, British Airways even Ryanair run on time! If the cheapest airline about can run on time then surely you can too?

In the war of Transatlantic carriers Virgin Atlantic beat British Airways by a mile! British Airways used to be the nation’s premier airline but it is safe to say the mighty have fallen. In my opinion, they are no longer fit to be our flag barer. If you are looking to fly short haul then by all means embrace British Airways as their short hop aircraft’s are brand new. But if you have a long haul journey to do then look elsewhere! Yes British Airways are cheap but flying long haul can be horrific at the best of times so if you want comfort then I advise you pay a little extra for your next adventure.