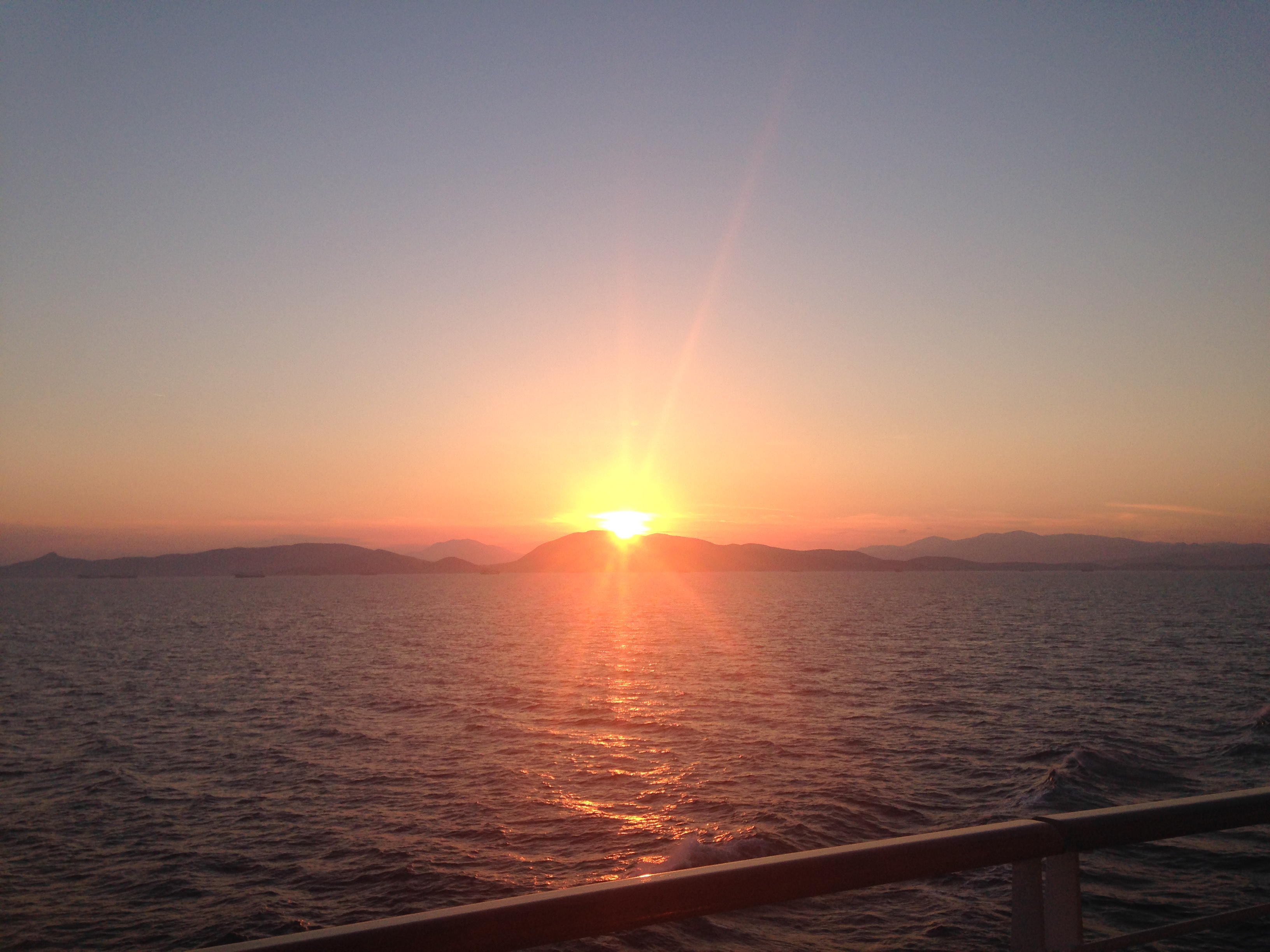 First things first! If you have never cruised, the muster drill (not the mustard drill as I have heard people call it) is essentially how you practice abandoning ship. So that if there is an emergency while you are onboard you are able to get yourself to safety as quickly as possible – it is a bit like when you board a plane and you get told your exits are here, here and here. Now I have heard some first time cruisers have some rather interesting takes on what happens during the muster drill…One first time cruiser inquired whether we would actually have to don our life jackets and jump into the water!

I can confirm it is definitely not that extreme. During a traditional muster drill, the Captain will sound the emergency alarm which consists of seven short blasts on the ships whistles and alarms followed by one long blast on the ships whistles and alarms. It is then your job to proceed to your muster station (this can be found on the back of your cabin door or in some cases on your cruise card). Every cruise line completes the muster drill slightly differently and some will require you to show up with your life jacket so that you can practice wearing it; whilst others just want you and your cruise card so that they can confirm you were present.

Your muster station will often be a public space inside the ship, such as: a restaurant, bar, casino or theatre. Occasionally, your muster station will be on the promenade deck where you will physically stand under the life boat that would belong to you in an emergency. Once, all of the guests have proceeded to their muster stations the crew will issue instructions on what to do in the event of an emergency. It is important to note that the muster drill is a legal requirement in accordance with International Maritime Law and the Safety Of Life at Sea. If you fail to attend then you may be asked to disembark the ship.

The muster drill is generally quick and painless! If you are a first-time cruiser it is absolutely nothing to worry about – I promise you that nobody is going to make you plunge into the waters of the port wearing a fetching orange life jacket. But as cruise lines resumed cruising it did throw up a problem…A muster drill is a mass gathering, even with everyone wearing a mask there would be no way to adequately social distance and it would most definitely break the rule of six. So MSC came up with a creative solution!

A few years before any of us even knew what COVID 19 was a few cruise lines had begun to make videos that you would watch during the muster drill. Royal Caribbeans was themed after a spy whilst Princess Cruises was themed after the Love Boat. MSC took this idea and ran with it! In order to keep everyone safe and socially distanced MSC created a muster drill video that guests could watch from the privacy of their cabin. This video instructs you what to do in an emergency; to prove that you have watched it you must then dial a number on your in-room phone and recite a confirmation code. After you have done this you will be asked to proceed to your muster station (so that you know where it is) – at your muster station, your cruise card will be swiped by a member of the crew to confirm your attendance. It is worth noting that this is done deck by deck so that everyone is not milling around the ship at once. MSC really has thought of every safety precaution possible.

The question is, was it effective? The answer, I’m not sure it was…If you were a first-time cruiser I am not sure that it would have been sufficient enough to help you understand what to do in an emergency. This was perhaps proved by the number of people who missed the drill and had to attend a make-up drill on day two (easily 50+ of them). The other issue with this new modern form of muster drill is that the Cruise Director announced the confirmation code over the public address system…This meant that people did not have to watch the safety video in full.

MSC are certainly at the forefront of innovation as they lead the cruise industry in a Covid world but in my opinion the modern muster drill could do with some tweaks!